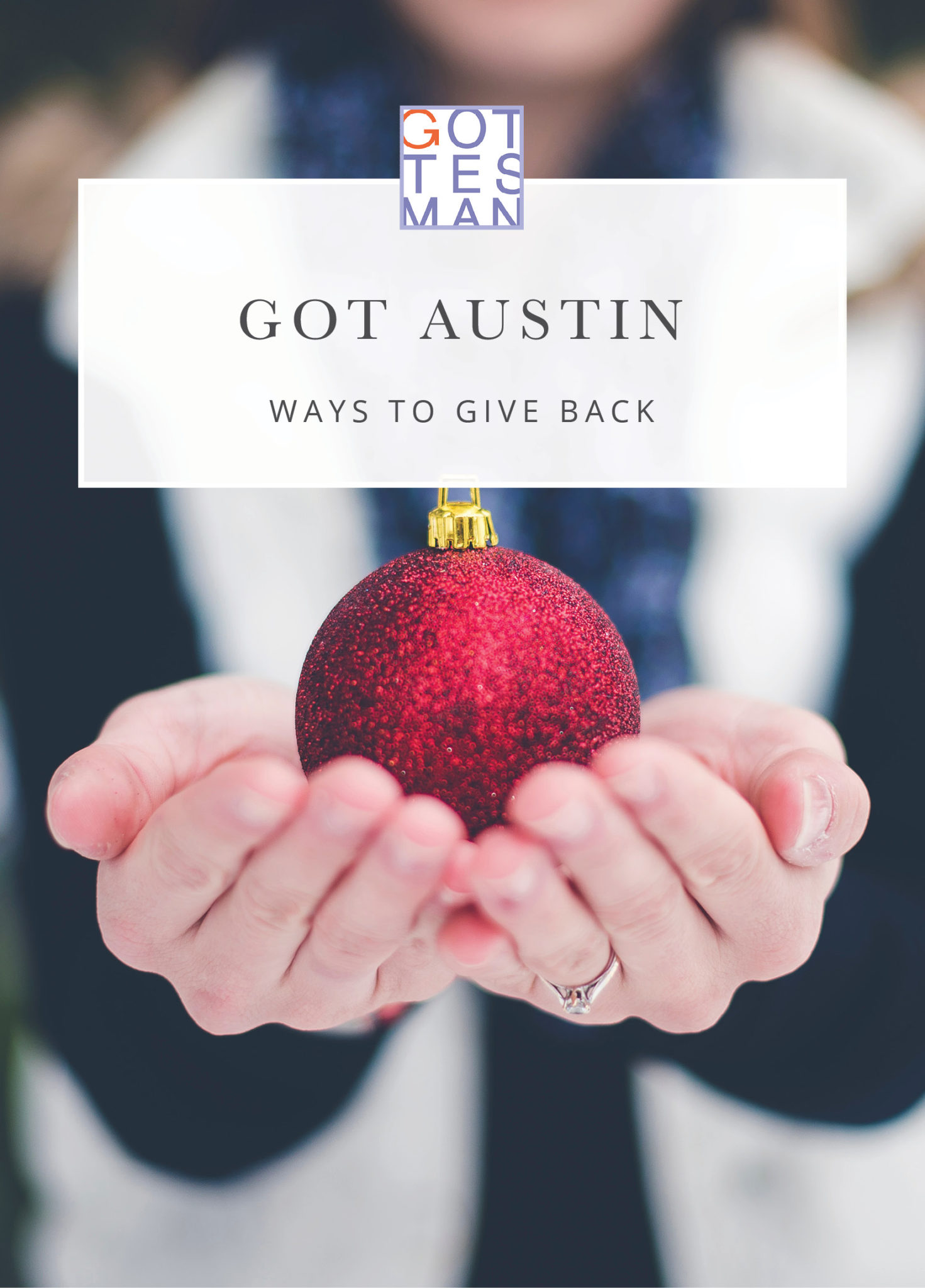 GOT AUSTIN: Ways to Give Back

By | All Posts, Austin Living, Gotta Give

11.29.18 – There is no shortage of ways for Austinites to give back this holiday season. It doesn’t take a lot of… 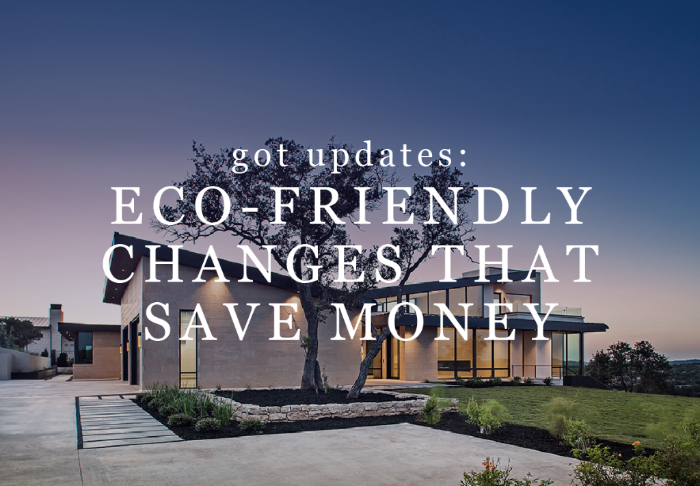 Eco-Friendly Changes That Save Money

These small changes around your home can save thousands of dollars a year while also being more environmentally conscious. From small changes like which light bulbs to use, to revolutionary investments like solar shingles, these changes will make a significant impact on your wallet without impacting the earth: With school back in session, the quiet days of summer are over in Austin and schedules are packed with new activities and meetings. While Austinites have figured out how to get around the city without Uber or Lyft, there are a host of other apps to save you time and take care of even the most mundane tasks. From personal shopping to grocery delivery services to dry cleaning, these apps are reinventing how we live.

With Uber and Lyft no longer operating within the Austin city limits, getting around Austin last month proved to be a challenge. However, new rideshare companies that comply with city regulations are in full operational swing. Whether you’re a local or visiting from out of town, below are Austin’s newest transportation options: 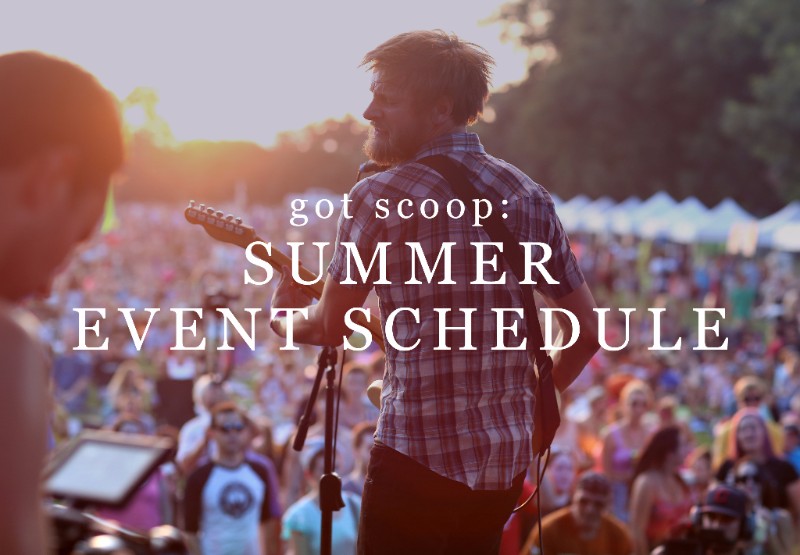 The national news is full of economic stories that include sharp drops in oil and energy prices, volatility in overseas economies and uncertainty in the US job market. However, the local economy in Austin does not seem to be affected by these events, remaining strong and continuing to receive positive economic forecasts. What makes Austin different? Austin is the only city in the United States with 400,000 university students within a 100 mile radius. College graduates make up more than 41% of the adult population in Austin, and nearly half of the city’s population is between 18 and 44 years old. This provides a highly desireable “Human Capital” component to the economy – meaning there is a large base of well educated people. In turn, this attracts companies looking for a solid work force.

The Human Capital component will continue to grow with the creation of the Dell Medical School at the University of Texas. Not only does it increase the number of students in the area, it is creating an entire new sector in the economy, the biomedical field. Mike Rollins of Opportunity Austin, says, “The new Medical School will provide endless business investment opportunities in Austin as it attracts the medical field’s top talent such as medical technology companies, medical studies and their teams, research labs, and more. It will be the leading medical center in the nation.” The goal, which has proven successful to date, is to ensure that if one economic sector sees a downturn, the city as a whole will feel less of an impact as it does not rely solely on that sector. The city of Austin focuses on six target industries for successful growth: Advanced Manufacturing, Clean Energy and Power Technologies, Corporate Headquarters, Data Management, Life Sciences, and Creative & Digital Media. The arts have played a major role in the diversification of Austin’s economy, growing by 25% over the last 10 years. Austin plays host to a breadth of talent-rich companies in the fields of production, animation, and visual effects for film and television, music and technology, video game development and interactive software creation. Further, the city of Austin continues to welcome 50,000 visitors from 82 countries to participate in the technology and music festival South by Southwest every year. Rollins attributes SXSW as, “The greatest contributing factor to opening Austin to international business.” Austin has made a name for itself socially as a city that “keeps it weird”. However, in an economic context, Austin has kept itself open and engaged as well. Austin is a young, smart and successful city with boundless energy and creative ideas. “In other cities, people give negative reactions to new ideas. In Austin, there is a positive response, typically comprised of a collaborative idea or a networking opportunity,” says Kevin Johns, the Economic Development Director for the City of Austin. Mr. Johns credits this as Austin’s #1 selling point. This fostering of innovation adds to the draw of not only potential employers but additional human capital, further fueling the appeal to employers. “Austin attracts the creative class without prejudice. We bring smart people and let them do their thing,” adds Johns.

This positivity and optimistic outlook spread to other facets of life in Austin as well.  Angelos Angelou of AngelouEconomics states, “The biggest achievement of Austin is empowering young people as a city.” This has led to a citizenship that is truly engaged in the city and committed to keeping it great, while raising it to the next level. Austin’s open mindedness and encouraging community have lead to its economic strength – adding 34,900 jobs in 2015. 2016 has begun to be a strong culinary year in Austin, with three new restaurants having opened in January. Here is the list of what is brand new and what to expect this spring: January can mark the baseline for how people live the rest of the year, with many new diets, workouts and resolutions. Austin is built for success as one of the fittest cities in the U.S. and the most fit city in Texas.Over 350 miles of public trails, three stunning lakes and an average of 230 sunny days a year make it simple to stay fit within city limits. Austinites can take it a step further and stay true to their roots, eating consciously, locally and organically thanks to seven weekly farmers markets and homegrown grocers.

As the city continues to grow, convenience and accessibility are making it easier to start and maintain a healthy lifestyle. To help make it easier, here is a curated a list of innovative workouts, health conscious takeout and convenient nutritious delivery options:

Or to mix it up, here are unusual new workouts in Austin: Finding a workout routine that fits a busy lifestyle can be a challenge. Our agents have varying schedules and a demanding, 24/7 workload. Here are some samples of what works for them: